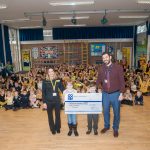 Kind-hearted shoppers at a Tamworth Co-op convenience store have donated their dividends to send pupils on an outward-bound adventure before they go to secondary school.
Read more... 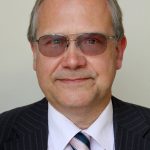 Tamworth Co-operative Society’s latest results show an overall pre-tax surplus of £687,000, with the value of its net assets increasing by more than half a million pounds to £13,681,000.
Read more... 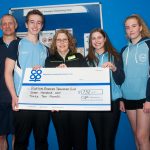 Kind-hearted shoppers have donated their loyalty rewards to help one of the oldest swimming clubs in the country – based in Burton – to develop the next generation of coaches.
Read more... 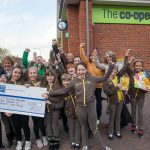 Shoppers at Dosthill Co-op have generously donated their dividends to raise nearly £1,000 for the village Brownie pack.
Read more... 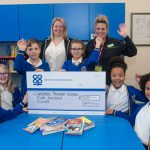 Hundreds of Lichfield schoolchildren will be able to improve their reading skills after shoppers forfeited the rewards they earn on their purchases to raise £500 for new books.
Read more... 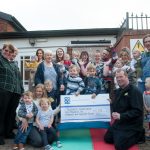 Polesworth Toddler Group volunteers are celebrating after being handed their biggest grant in 30 years which will prevent them having to reduce their sessions through lack of funds.
Read more... 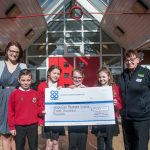 Generous shoppers have given up their dividends to help fund a support centre at a North Warwickshire school for pupils experiencing family problems, bereavement and other issues.
Read more... 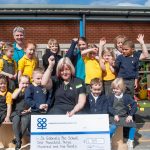 Staff at a Tamworth pre-school say they are overwhelmed by the generosity of shoppers who have raised £1,305 for the group by giving up the rewards earned on their purchases.
Read more...
« First ‹ Previous 1 2 3 4 5 13 24 Next › Last »