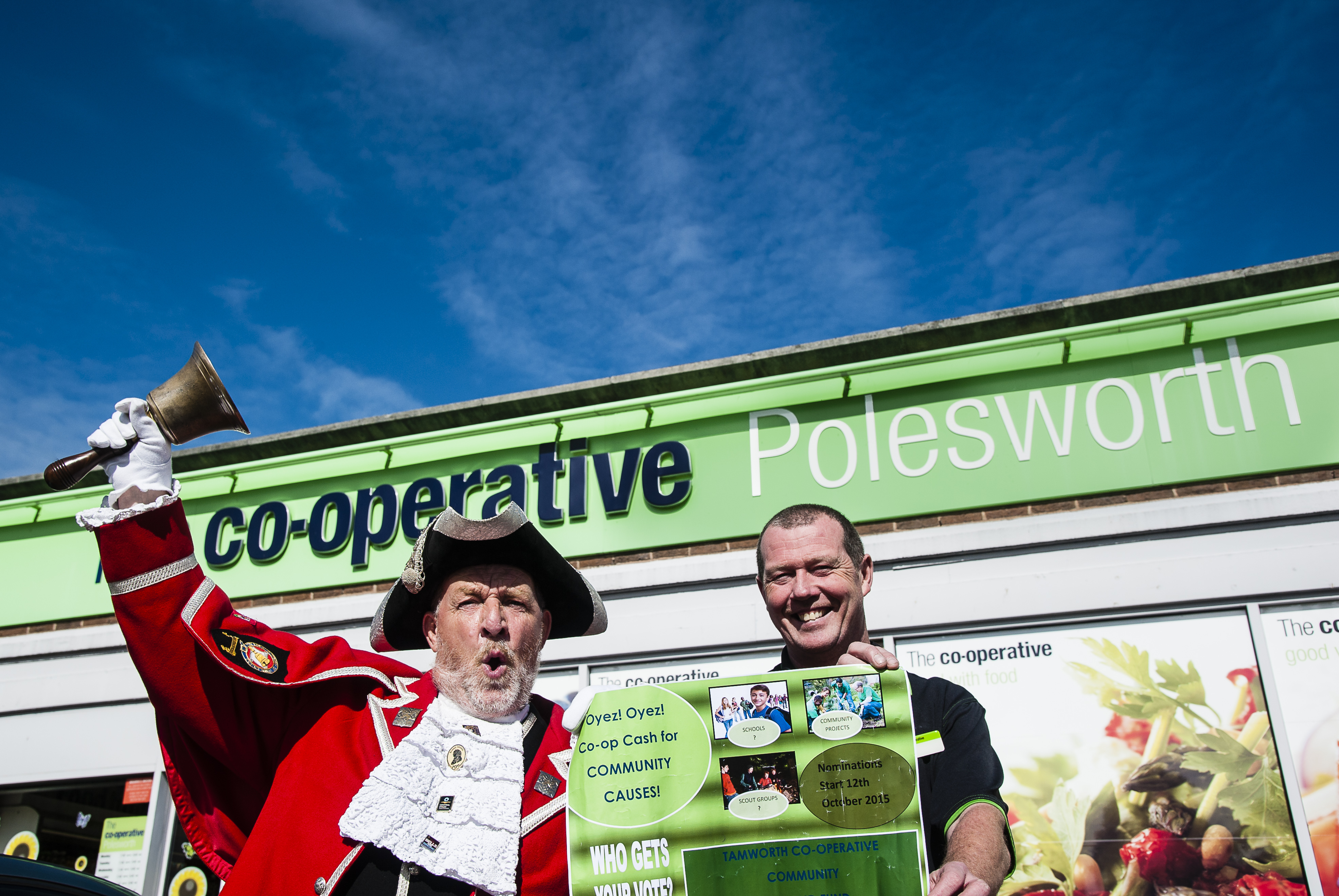 Since its launch in 2009 more than £50,000 has been handed out to clubs, societies, charities and schools in Tamworth and beyond to support their work with the young and elderly. This year town crier Ken Knowles turned out to raise awareness of the scheme by announcing the start of nominations outside two participating stores. Burton Albion FC also supported the scheme with mascot Billy Brewer making a surprise visit to the Stretton store, where passing motorists greeted him by honking their horns.

The doorstep initiative is funded by customers at the Co-op’s town centre supermarket, department store and all convenience food stores donating the dividends on their purchases. 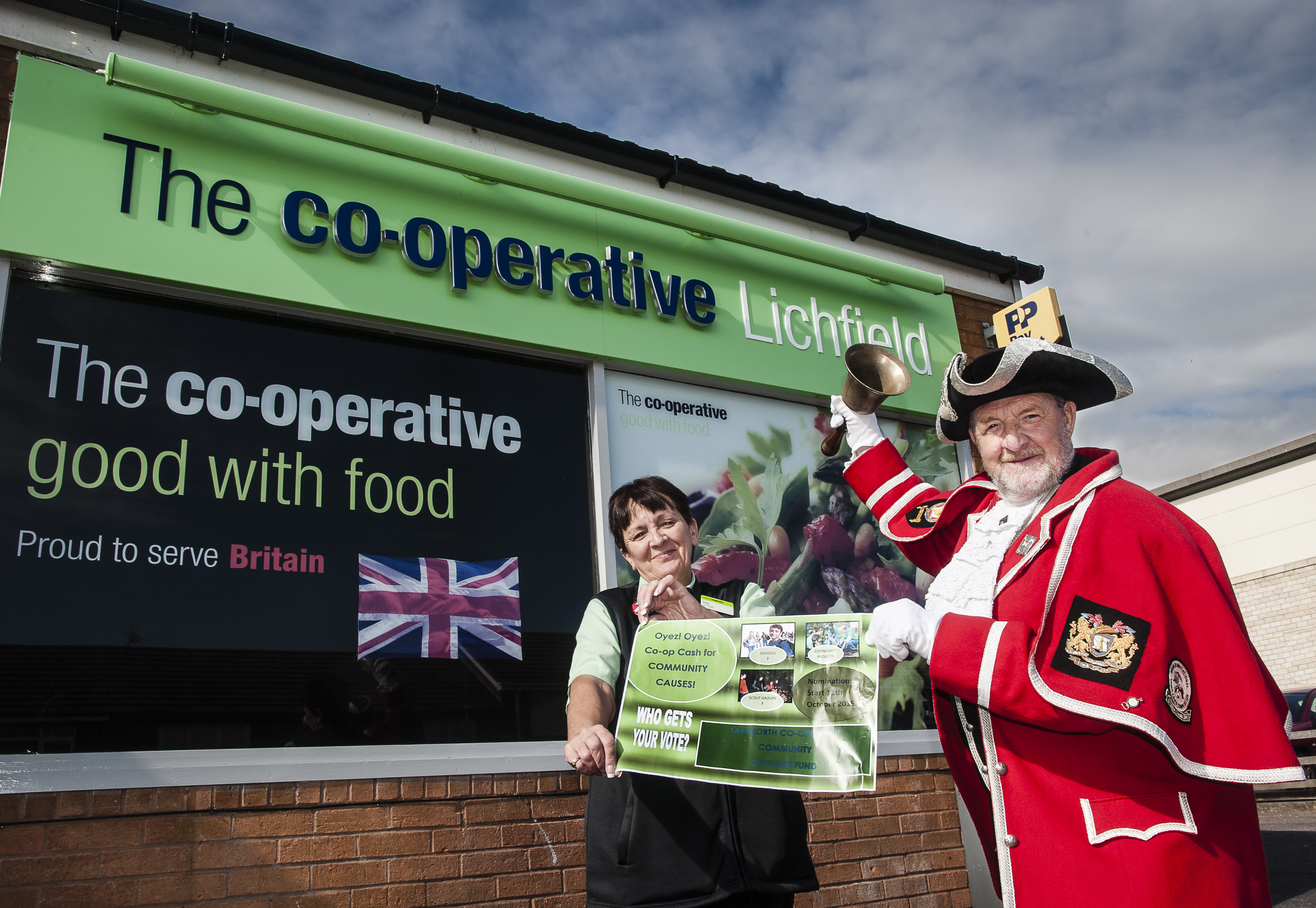 Each branch adopts a worthy cause chosen by the people who shop there.

There is no limit on how much a particular group can receive. It depends entirely on how many dividends are donated, but typically grants range from £200 to £2,000.

Polesworth Pre-school was one of the organisations to benefit this year, receiving £1,746 to buy computer tablets for the two to four-year-olds who attend its sessions.

Julian Coles, chief executive of the Tamworth Co-operative Society, said: “It’s down to the generosity of our customers that I’m proud to say we’ve been able to distribute more than £50,000 to clubs, societies, charities and schools locally since the launch of the Community Dividend Fund in 2009. 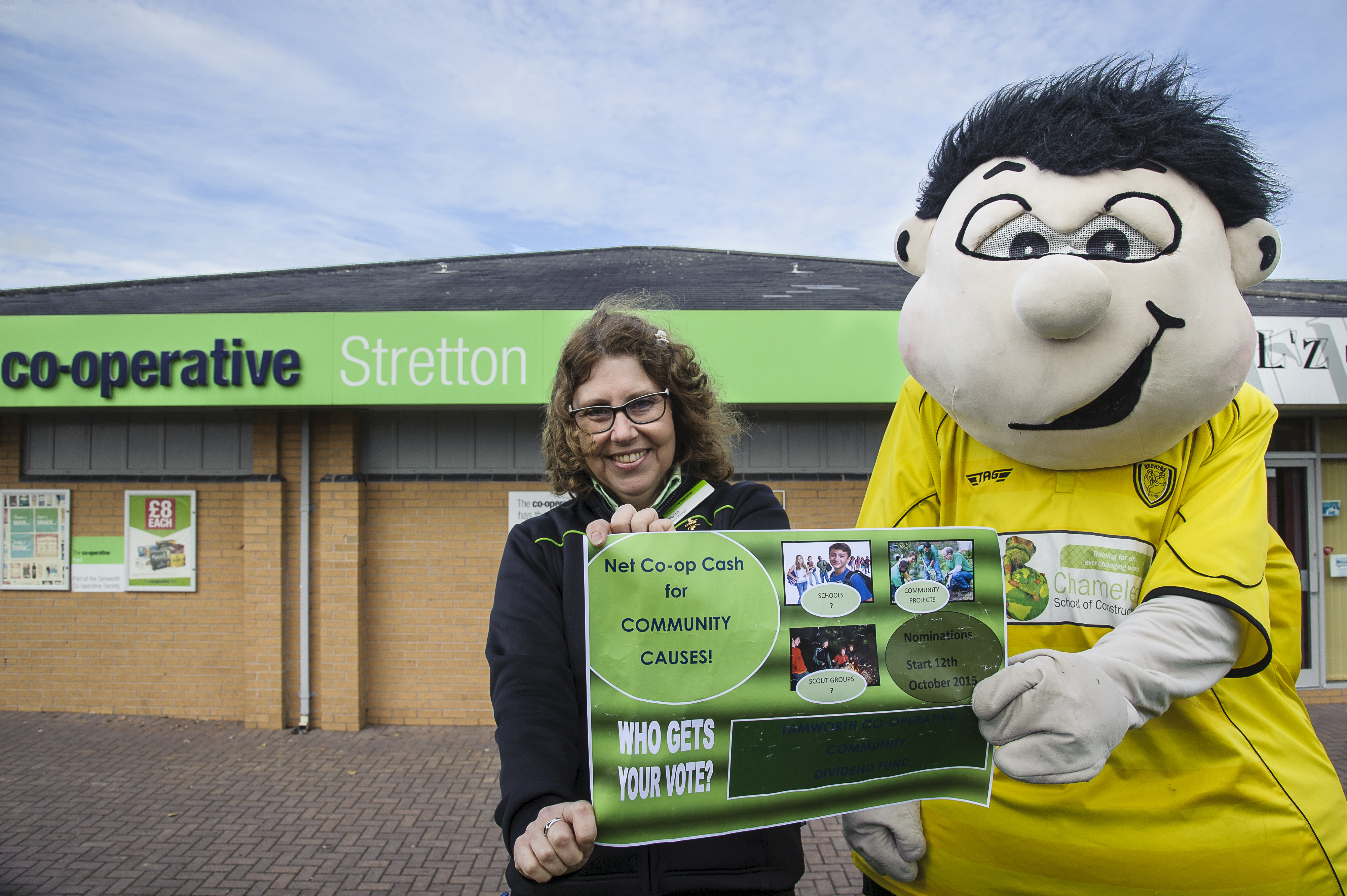 “This is a remarkable effort when you consider that there are so many worthy causes competing for our help these days and people’s finances are often tight.

“We are looking for nominations for organisations, such as schools, playgroups, clubs for the elderly, or societies which play an important role in the community. Without these nominations, we cannot convert people’s dividends into hard cash for these groups. In many cases, they rely on outside funding, not just for the luxuries, but for essential items as well.”

Anyone can put forward a group for consideration. You don’t have to be a member of the Tamworth Co-operative Society. However, you can only vote once and at just one location. Nominated groups must be near the store you visit and should not be in the private sector or for profit.

Nomination forms are available from the convenience stores, and the supermarket and department store in the centre of Tamworth. Big national charities, such as Cancer Research and the British Heart Foundation, are ineligible for funding.

The closing date for nominations for the 2016 Community Dividend Fund is November 30.