When 99-year-old Joe Cave’s wife died of cancer he was determined to help the charity that looked after her in her last months.

So when Woodville Co-operative Funeralcare held a fundraising coffee morning in aid of Macmillan Mr Cave handed over all the 5ps he had been saving up.

He wanted to pay back the cancer support organisation for the loving care its nurses gave to his wife Gladys at their home in Woodville.

Mr Cave says Macmillan nurses made his wife of 64 years less fearful of the illness and able to look forward to visits from her great grandchildren. 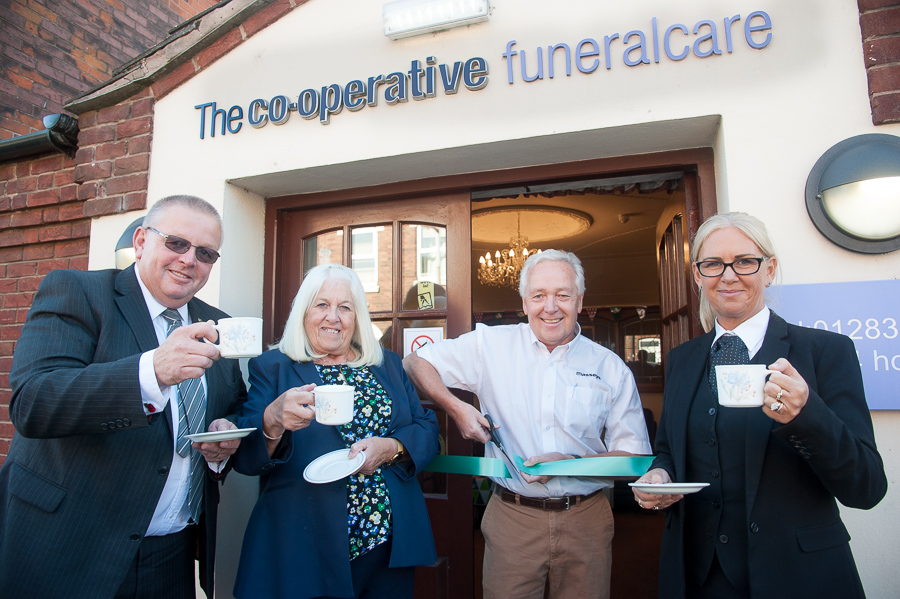 “The nurses managed to calm her down and she was really helped by them talking to her on a regular basis. So I decided to start saving my 5ps for them.”

After enjoying coffee and cake Mr Cave, who worked as a foreman at Eatoughs shoe factory in Burton, produced another £20 from his wallet, bringing his total donation to £40. His contribution helped the Woodville funeral home in Granville Street to raise a record £440.

Funeral director Lorraine Walker said visitors to the coffee morning had been ‘incredibly generous’, as had local businesses in donating prizes for a raffle.

“This is the third year we’ve held this event as part of the World’s Biggest Coffee Morning in aid of Macmillan and it was wonderful to raise such a lot of money for a fantastic cause.

“We see first-hand the pain many families in the area experience because of cancer and it felt good to be doing something positive in the community. It was very moving that Mr Cave came in with his daughter and carer Pauline. We also had other people present who are going through difficult times because of this terrible disease.”

Pete Massey, MD of Masseys DIY store in Woodville, cut a ribbon to get the coffee morning underway on September 28, 2018. 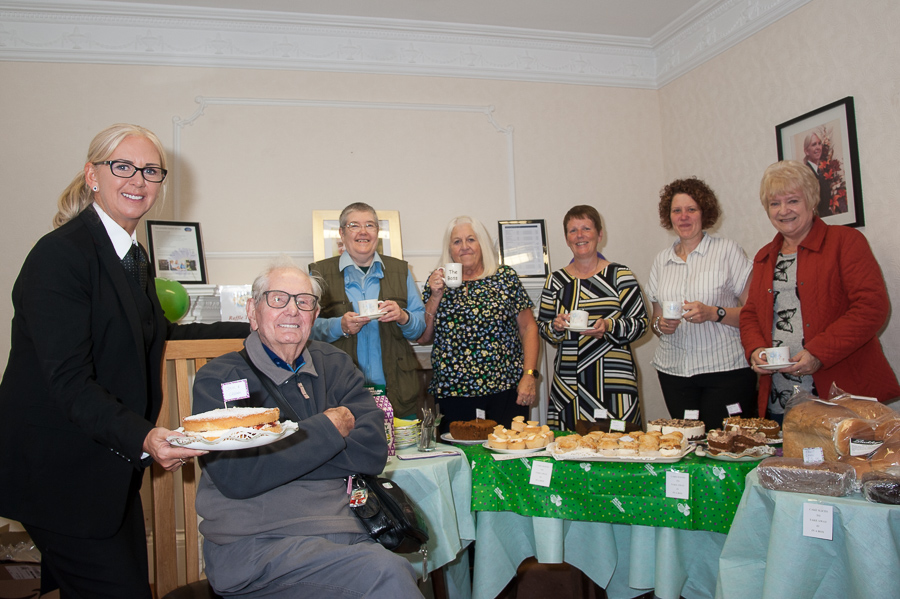 He said: “Macmillan is very reliant on local people doing events like this. Ninety-eight per cent of the money raised is spent on providing practical and emotional sup8port5

The coffee morning was organised in conjunction with funeral celebrant Chris Knight, whose wife Jayne, baked a selection of cakes for the occasion. Raffle prizes included a luxury Co-op hamper and a family ticket to Twycross Zoo.

Among other guests was Ethel Hull, from Midway, whose husband Chris (69) has been told he has just six months to live after being diagnosed with cancer of the oesophagus.

“It was a must for me to come along and support this event,” she said.

Kerry Turner, from Newhall, has lost both her mother and uncle to cancer in recent months and another uncle has also been diagnosed with the disease.

“We’ve had a snowfall of cancer in our family. It’s a cruel disease – it rips your world apart.  It’s so comforting to come along to an event like this and help to do some good.”