A charity is to use a £500 donation from shoppers to extend a live online chat service currently helping women and men in Tamworth and Lichfield who are trapped with abusive partners during the lockdown.

The cash, raised by customers at the Lichfield Co-op convenience store giving up their dividends, will enable the Pathway Project to buy a licence to continue the service for the next year.

The organisation introduced the facility after calls to its 24-hour helpline dropped due to many victims being unable to ring the number while locked in with their abusers.

Wendy Dee, Pathway Project’s head of operations, described the donation as ‘absolutely brilliant,’ saying it had come ‘just at the right time.’ 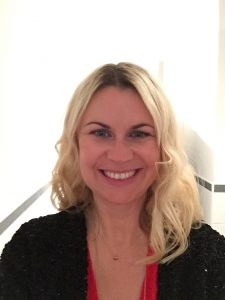 Wendy Dee, Pathway Project’s head of operations, says the donation of £500 has come at ‘just the right time.’

“The lockdown has caused domestic abuse victims to be at increased risk due to the perpetrator being at home 24 hours a day with all the trigger factors magnified,” she said.

“These include the opportunity to increase coercive control, being in isolation and with no family or friends to witness abuse. Children may be at home with the increased pressure this causes, finances may be reduced and either the victim or the perpetrator may use alcohol or drugs as a coping mechanism.

“Reports and referrals of domestic abuse will have decreased as the opportunity to call and speak to a service is reduced. Pathway found that the first four weeks of lockdown impacted greatly on the helpline. However, the calls have begun to increase, and we have also launched the live chat facility to help those who cannot make a phone call to reach out to us in another way.

“We have just come to the end of the trial and, due to its success, have decided to keep it going long term. The £500 will fund the licence for the live chat service for one year, so we are extremely thankful to the Co-op and its customers for this invaluable support.”

Nicky Gilbert, manager of the Tamworth Co-op owned store in Marks Walk, off Eastern Avenue, said shoppers would be heartened to know that their ‘divis’ were being put to such an important use.

“This chat service has obviously proved to be a lifeline to people suffering from domestic abuse during the pandemic and it’s wonderful that it will be extended for a year.

“We ask our shoppers every year to choose a deserving group to donate their dividends to and this time they nominated the Pathway Project because it provides such critical support locally.”

The grant is from the Tamworth Co-operative Society’s Community Dividend Fund. Each year the Society hands out thousands of pounds to good causes on the doorstep of its branches.

In just under three weeks, the Pathway Project conducted 76 conversations on the live chat which has been extended to five days a week, from Monday to Friday, 9am-5pm. Calls to the helpline averaged 77 a week in March, 72 in April and 107 so far in May. Out of those calls, three were from men.

The charity helps victims and survivors of domestic and sexual abuse living in the Lichfield and Tamworth area. In 2018/19, it accommodated 86 families in refuges where they could live in safety and access support services. In the same year, Pathway dealt with 2,337 calls to its 24-hour crisis helpline. It is run by 26 full and part-time staff and 18 volunteers and has 21 units of accommodation. Both of its refuges are running at full capacity.

Mrs Dee added: “We anticipate that there will be a huge surge of demand when lockdown ends. For now the victims are living in fear and experiencing more control, more abuse and more trauma. We are gearing up for providing increased counselling for people with mental health issues including post-traumatic stress disorder. We are also looking for funding to provide more support in groups and with face to face meetings for those with mental health issues, living with increased risk, or suffering from lengthy isolation.”

The helpline number is 01543 676 800. The live chat service can be accessed at https://direct.lc.chat/11892150/There is also a Just Giving page at www.justgiving.com/campaign/pathwayprojectcovid19fund