Tamworth Co-op’s annual Community Dividend Fund is helping to preserve one of the borough’s last remaining wetland sites which has been described as a hidden gem.

Friends of Warwickshire Moor who maintain the local nature reserve, close to the centre of the town, have been awarded £1,132 from the fund to support them in their valuable work. 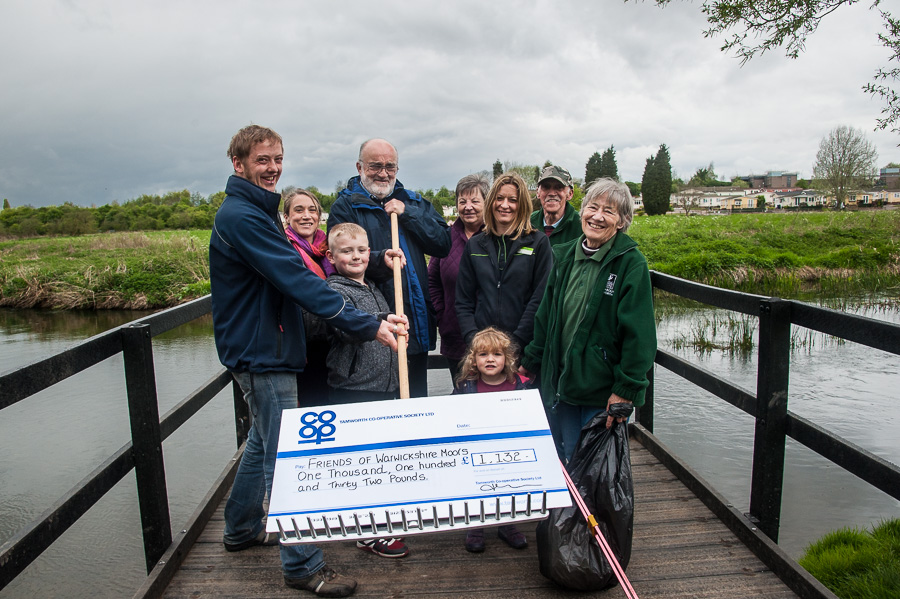 The money has been raised by shoppers at the Co-op’s Bolehall convenience store donating the dividends earned from their purchases to the group of dedicated volunteers.

The reserve, off Moor Lane, is home to a variety of bird species, as well as moths, damselflies, dragonflies and small mammals. A boardwalk around part of the moor allows visitors to get close to nature without disturbing valuable wildlife habitats. It also means it remains accessible during wet weather.

Ducks, swans, Canada geese and buzzards can often be seen, while deer have been spotted roaming across the area too. The site, which is owned and managed by Tamworth Borough Council, also includes three hectares of marshy grassland and a reedbed, along with a pond dipping platform, a disabled access path and a bench.

Malcolm Sanford, chairman of Friends of Warwickshire Moor, said: “This donation is extremely important to us and we’re very thankful to the Tamworth Co-op and its shoppers for their support. It will allow us to buy more tools and cover other costs, such as servicing of the equipment we use.”

About a dozen volunteers are involved in looking after the moor which is bordered by the River Anker. They cut the grass along the edge of the boardwalk, coppice willows and also clear it of litter and dog mess.

Jayne Cutforth, manager of the Tamworth Co-op convenience store in Bolehall, said: “The moor is a lovely place and it’s very much a community facility, so it’s good to see it being supported by our customers.”