Amongst the flowers and epitaphs adorning the headstones at a Wolverhampton graveyard one newly inscribed memorial to a much loved brother and uncle stands out.

Etched onto a vase on Robert York’s grave at Penn Cemetery is a drawing of a bag of plums so realistic you could reach out and grab one. 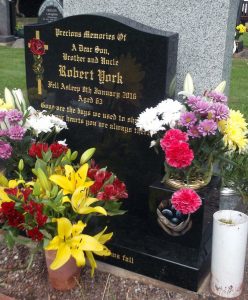 The unusual tribute was arranged by Halliwell funeral directors in Coseley at the request of Mr York’s family because he loved plums so much. It was one of his pleasures in a life he lived to the full, despite having learning difficulties.

His brother Malcolm said: “He loved his fruit, but especially his brown paper bag of plums.  He was quite independent and would go on a bus to the market to buy them. My oldest daughter Victoria wrote a poem for him called Bag of Plums, and so I suggested to my mom that it would be nice to put a drawing of a brown paper bag with plums on a vase next to his headstone.

“When we asked the funeral directors if that could be do 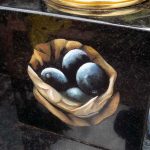 ne, they said yes but it would have to be done freehand. If you walk up to the stone you could actually put your hand in and take one of the plums out of that bag. That’s how well they’ve done it.”

Robert, who died earlier this year at the age of 63 from pneumonia, was a popular figure in the Coseley area where he was brought up. He enjoyed playing darts and snooker, and could ‘win hands down’ if someone put dominoes in front of him, winning many trophies, recalled Mr York, of Woodcross. 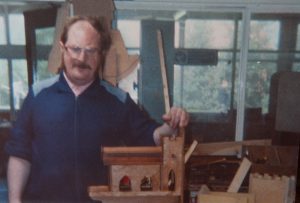 “Rob was brilliant, one of life’s gentlemen. He was always trying to help people out. He had a good sense of humour as well. When he first saw my wife June he started laughing and said Vera, Vera Duckworth in a Black Country accent. We were watching Coronation Street at the time and my wife had a perm. That’s what stuck in my mind.

Rob spent many happy days at an adult training centre, where he met Dawn, the love of his life who he spoilt with chocolates. They were together for 20 years before she moved away.

His other pursuits included angling and he could often be seen walking his dog Laddie after rescuing the animal in a thunderstorm. He also had cats, guinea pigs and goldfish.

Halliwell funeral director Yvonne Harper said: “We’re always happy to do whatever we can to make sure families get a fitting tribute for their loved ones.

“All aspects of funeral services are so different today to how they used to be. In the past everything was traditional, but now just about any individual touch is possible. I’m so glad Robert’s family are delighted with this tribute. It’s a lovely way for them to remember him.” 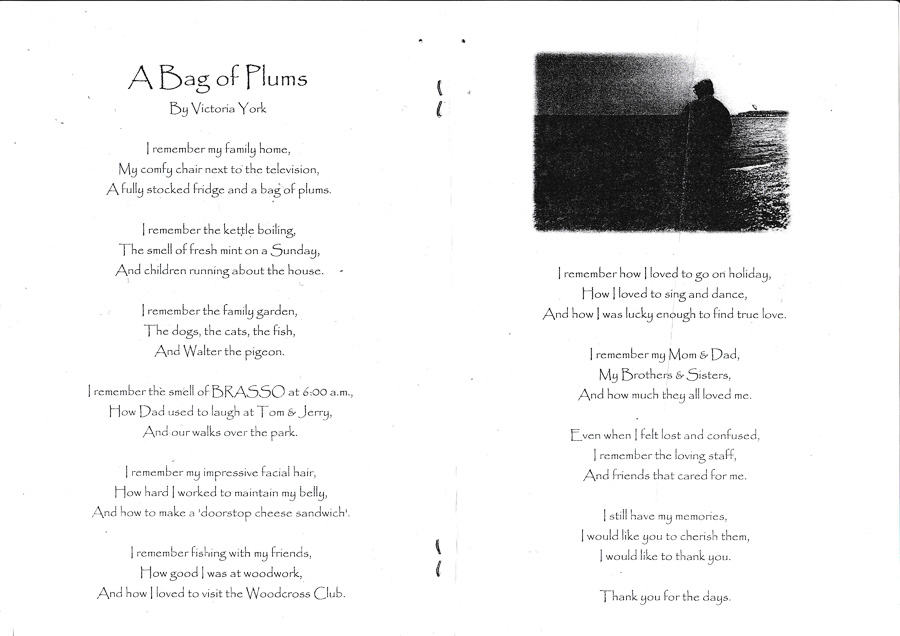 The poem written by Victoria for her uncle, Robert York.