It started out as a Saturday job when he was a teenager. Now after 50 years – 18,133 working days later – Bob Read, Tamworth Co-operative Society’s second in command, has called it a day. 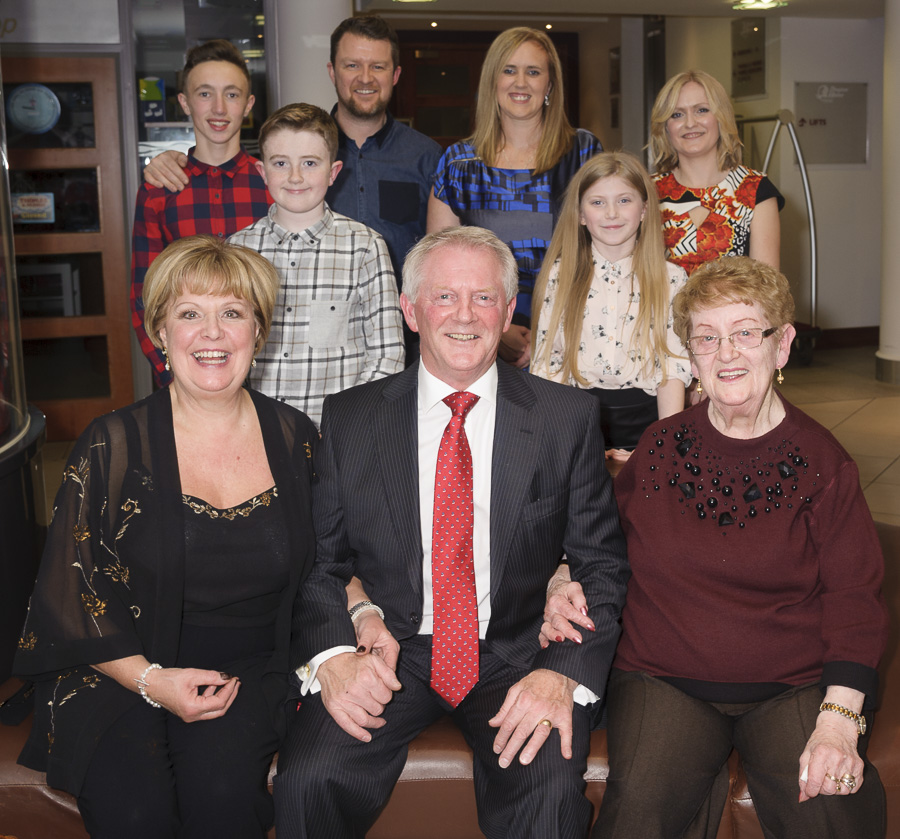 Bob Read pictured with his family at his retirement party held at Drayton Manor Hotel.

Apart from taking time out for a hip operation five years ago, Mr Read, who headed up the Society’s food division, never had a day off sick.

It was a work ethic that stood him in good stead as he rose from butcher’s assistant to senior general manager and number two in a business with more than 300 employees and an annual turnover in excess of £20m.

Eighty of his colleagues, including the Society’s chief executive and two former chief executives, attended a dinner at Drayton Manor Hotel to mark his retirement.

Recalling those days, he said: “The dogs chased me around the streets and I’ve still got a scar on my ankle. It was hard work and happy times.”

He became a full-time employee, aged 15, in the year that England won the World Cup, starting on the butchery side of the operation, where he helped to make 2240 lb a week of sausages, which were known for their quality throughout the town. He also made faggots, brawn, pork pies and black pudding.

The job was not without its dangers as he had to clean the ham presses with a ‘lethal’ steam pipe.

“Health and safety would have something to say about that these days,” he joked. 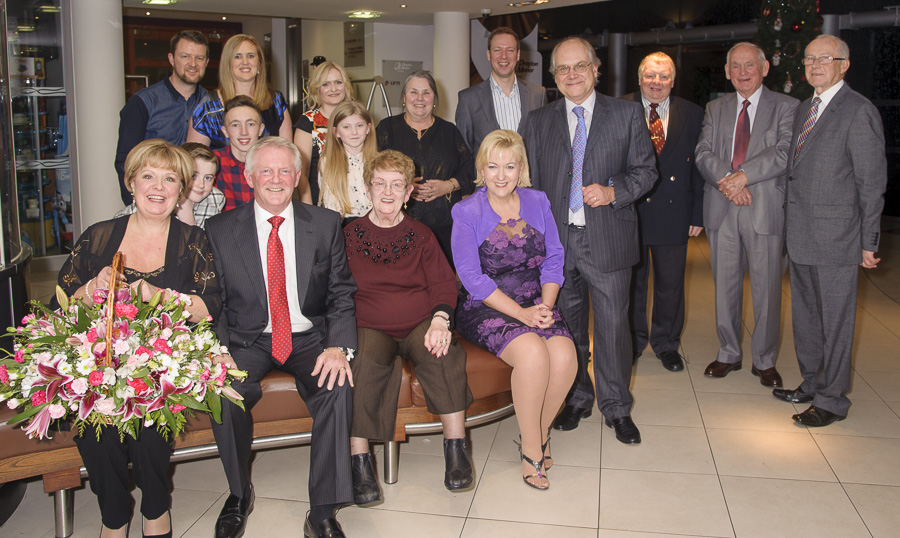 The young trainee progressed to working in the Co-op’s own slaughterhouse and became the envy of all boys of his age.

But despite working as a butcher and well used to the sight of blood, he was a bit sensitive when it came to seeing his own.

He once had a cyst on his hand removed by well-known Tamworth GP, Dr Khan, and crashed onto the floor in shock.

Following his spell in the abattoir, Mr Read moved to the butcher’s shop in Orchard Street, and eventually took over the entire butchery department, serving the town’s well-to-do.

Over the next decades he climbed the ladder steadily from being made a branch manager in 1973 to taking responsibility for all food branches in 1987, increasing profits wherever he went. He added the supermarket to his duties two years later and was appointed senior general manager in 2008.

Bob has seen momentous changes while working for the Tamworth Co-op, including the introduction of the Society’s first food scanning system which he personally oversaw.

“I was particularly proud of this as it was not an easy task to say the least for our small food team at that time. Previously everything had to be labelled by hand. So this was an enormous time-saver once it was up and running.”

Paying tribute to him, Julian Coles, the Society’s chief executive, said: “Fifty years is a tremendous milestone and extremely rare in this day and age. Bob has always been looking for positive development and change, and has never shown any signs of slowing down. He has handled everything we’ve thrown at him and I know always put in a huge number of hours.”

The father-of-two is looking forward to simple joys ‘like mowing the lawn’ and has already booked three ‘major’ holidays with his wife Glenda. He also plans to take up golf again.

“The Co-op has been a massive part of my life and I’ll be keeping in touch with colleagues and friends as I’ll still be serving on the board,” he said. “I’m also hoping to spend more time with my family including my three grandchildren.”

Mr Read’s daughter, Victoria Freeman, has followed in his footsteps and is currently manager of the Society’s new £1.5m food store in Dosthill.
Audrey Higginson, chairman of the Tamworth Co-operative Society, presented Mr Read with a retirement gift and flowers. He also received many gifts from his workmates and friends.

Dan Welsh, who has been with the society for 22 years, will step up to general manager of the food division. Andy Richardson, who handles the financial side of the business, has been appointed deputy chief executive.