It is hoped that the emergence of a new energy provider, trusted for its core principles, will persuade local people to consider Co-operative Energy an attractive alternative to the big six gas and electricity suppliers.

It has a reputation for being cost effective and clean, with a carbon content less than half the national average.

Tamworth Co-op will be offering a 1.5% ongoing discount on all bills to members who sign up via www.cooperativeenergy.coop/tamworth or ring the call centre on 0800 093 7511 and quote ‘Tamworth.’ 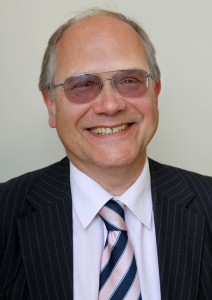 Chief executive Julian Coles said the Society was delighted to have secured a deal with Mid Counties Co-operative and stressed that, even without the special discount, prices are extremely competitive.

“In fact in the case of paying on receipt of bill, Co-operative Energy tariffs have consistently ranked among the three lowest tariffs of the 44 available,” he said.

“There won’t be any short-term cheap prices just to induce new customers. A lack of frills or gimmicks means we might not always be able to be the absolute cheapest at all times, but the aim of Co-operative Energy is to take a principled and long-term view and remain consistently among the cheapest. It’s about value and not having to worry about constantly switching provider to be assured of a great deal over the long term.”

Mr Coles added: “We believe our customers will be delighted by this new initiative, especially at a time when many huge corporations have been accused of putting profit before principle when selling energy.

“Collective buying power is central to the co-operative business model and is a very effective way for consumers to harness their combined buying power to win excellent deals for customers.

“We also have a very simple pricing structure – a monthly fixed charge and a single price per unit of energy consumed.”

Co-operative Energy has won several prestigious awards and purchasing efforts are focused on renewable energy generators – especially community-owned schemes which are springing up across the country.

All electricity provided to customers in the year ending March 12 was sourced from renewable generators such as wind, hydro and biomass.

Tamworth Co-op has agreed to switch its residential properties across to Co-operative Energy as they fall vacant – the first one should go on supply in July.