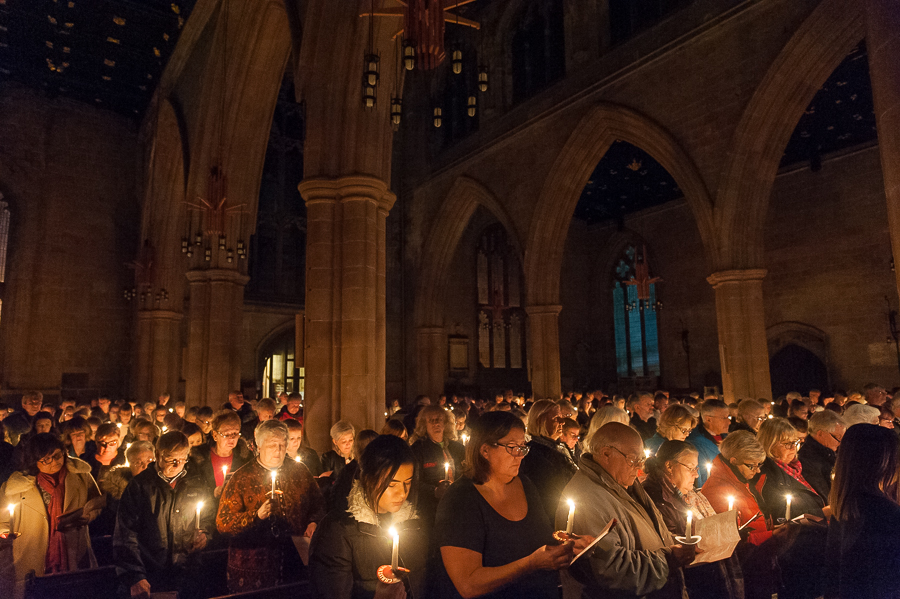 The lights were lowered during the tribute, adding to the poignant atmosphere as families came together to remember relatives and celebrate the festive season.

Among those paying their respects at what has become a firm fixture in the town’s social calendar were the Mayor and Mayoress of Tamworth, Peter and Ann Thurgood, and deputy mayor Richard Kingstone.

Amanda Woodward, general manager of Tamworth Co-op funeral division, which arranged the event, welcomed the congregation, saying: “We all understand how difficult this time of year can be and hope you can take some comfort from this evening’s service.” 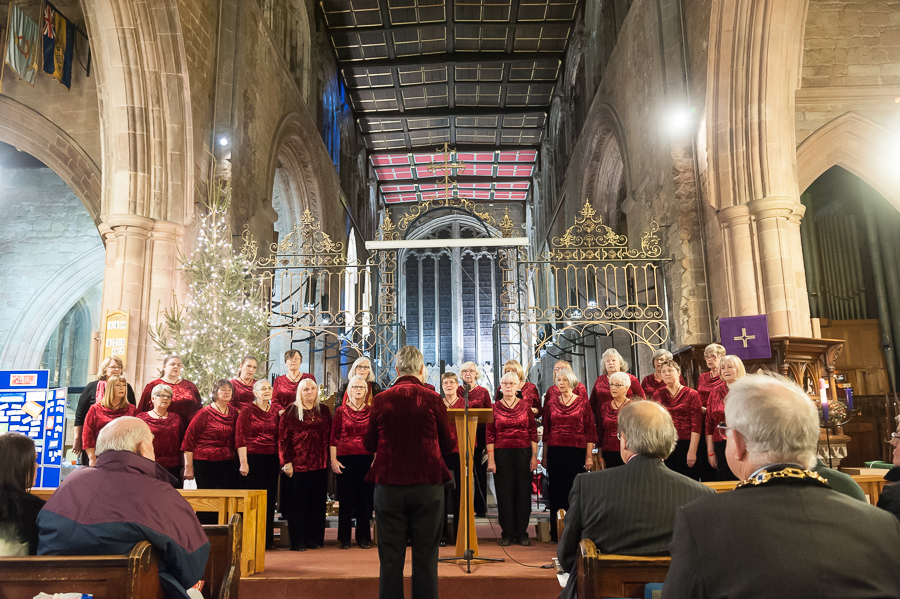 Tamworth Ladies Choir performing Remember Me during the service.

Appearing for the first time this year was Tamworth Ladies Choir, singing Remember Me and Keep You in Peace. Soloist Tom Clamp also performed Il Divo’s version of Nella Fantasia, based on the theme, Gabriel’s Oboe, from The Mission, and The Christmas Song. Both were warmly applauded.

As in previous years, the order of service once more featured a Scottish piper. Jonathan Prior, who lives in Dosthill, has performed all over Europe as a member of Shirley Pipe Band in Solihull. He played the bagpipes outside St Editha’s and appeared during the service when the lights were turned up again. Emerging from the back of the church, he broke the silence with the sounds of Amazing Grace filling the air as he walked down the central aisle and out of the church.

Families joined in carol singing, while Tamworth Co-op funeral staff handed out goodie bags containing candles and numerous gifts. They also read poems about Yuletide and the solace to be found in coming to terms with loss.

Reverend Alan Gordon, vicar of St Editha’s, led the prayers and gave a blessing. In his message, he read from the Psalms of David, adding that it was in the dark times of life that dimming the lights gave people a few moments to themselves. 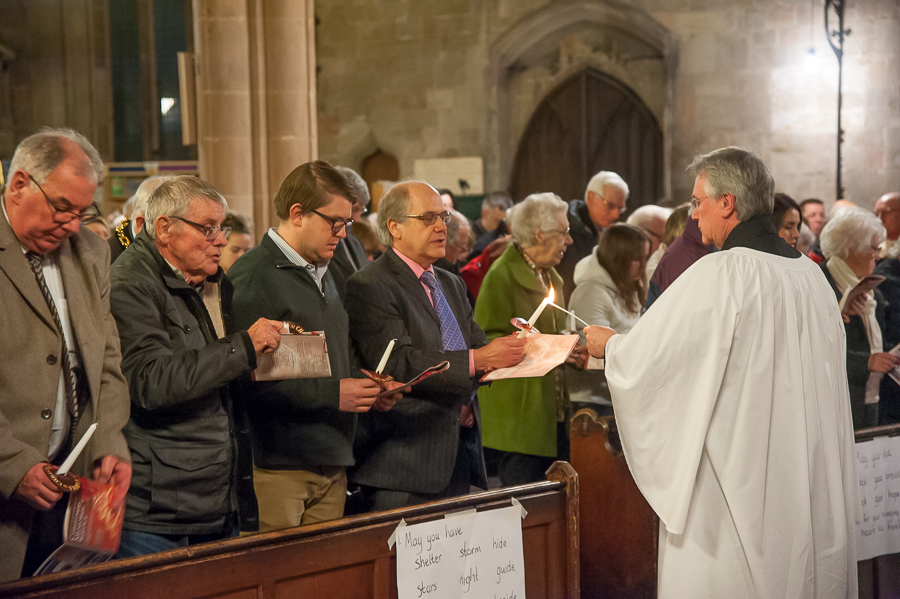 “It is a very moving event, particularly when we have so many people, all with their own special memories, coming together in a truly co-operative way as the lights are dimmed,” he said.

Kelly Wright, from Dosthill, came with her daughters Madison and Paige, and mother Susan Wright, from Two Gates. Kelly said: “We were remembering my dad Tony who died two years ago. Tamworth Co-op dealt with his funeral and invited us along. The service was beautiful. I loved all the candles being lit in the dark and the piper coming in. It did bring us comfort.”

Mayor Peter Thurgood said: “Tamworth Co-op handled the funerals of my mum and dad and I was remembering them. The mixture of the service was just right in the setting of this lovely historic church.”

Complimentary mulled wine, orange juice and mince pies were served afterwards in St George’s Chapel. The Mayor drew a free prize raffle to win a Christmas hamper and a collection was taken for the Alzheimer’s Society during the service on December 7, 2018.