The widow of a well-known Tamworth funeral director who died in 2017 poured a tot of his favourite whisky over a bench unveiled in his memory.

The granite bench records Bill Galvin’s 25-year service to the profession he took up after retiring from the Army. He was second in command of Tamworth Co-op’s funeral division for a decade and conducted hundreds of local ceremonies.

His widow Gladys pulled back a drape to reveal the inscription at the unveiling organised by his former colleagues. She then toasted her late husband by pouring a miniature bottle of his favourite whisky over the bench. 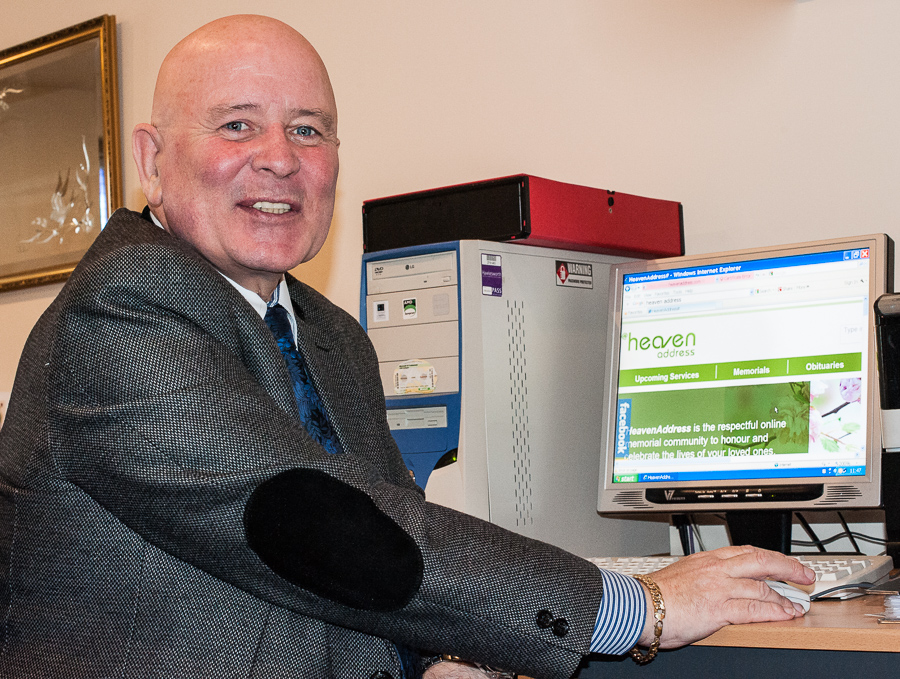 Mr Galvin, a retired Squadron Sergeant Major with the Army Air Corps, who saw active service in the Falklands and Northern Ireland, died aged 66 in March 2017 after a short illness.

Paying tribute to the father-of-two, Tamworth Co-op Funeral Service general manager Amanda Woodward described him as ‘her rock’, adding: “I worked with Bill for 10 years and from the moment we met we got on like a house on fire. I enjoyed every moment of working with him. Bill will never be forgotten. He leaves such a gap in our lives and was a wonderful man. We wanted to do something special to remember him. I miss him tremendously.”

Glen Speak, who took over from Mr Galvin as deputy general manager of the funeral service when he retired in 2015, was also present at the event.

Mr Galvin, who was originally from Shotts in Scotland, completed five tours of Northern Ireland during his time with the Army Air Corps, the combat aviation arm of the British Army, whose soldiers wear distinctive blue berets. He also took part in the liberation of the Falklands Islands in 1982. 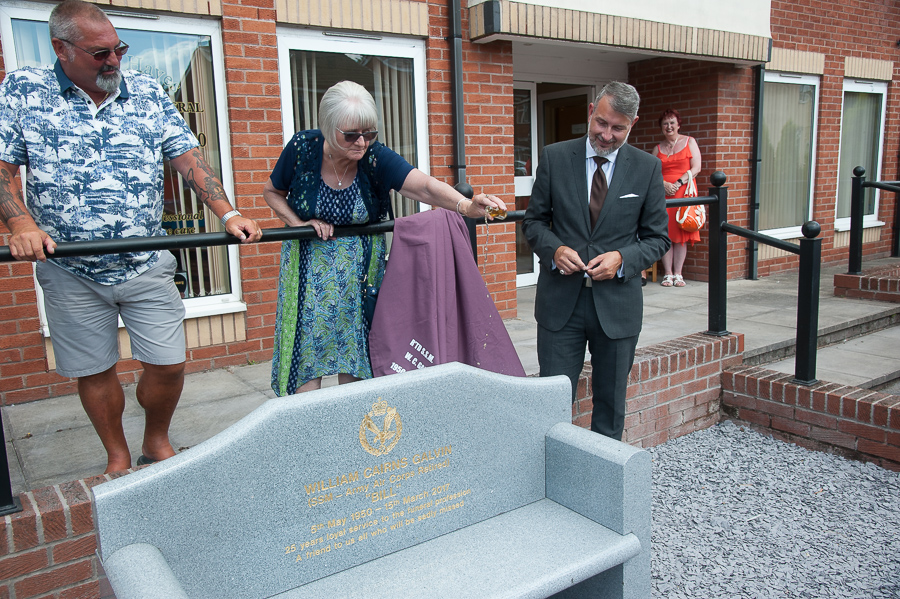 Gladys Galvin pours a tot of whisky over a bench erected in memory of her late husband Bill, a funeral director in Tamworth for many years, watched by his friend, Derek Barnbrook (left) and Glen Speak, deputy general manager of Tamworth Co-op funeral division.

He was based at Tamworth Co-op’s main funeral premises in Upper Gungate for much of his time, but travelled to all its other branches as part of his job. The bench stands outside Tamworth Co-op’s Halliwell funeral home in Heath Hayes where he lived for many years.

Mr Galvin was proud of his Scottish roots and his adopted county. He referred to himself as a ‘Staffordshire Jock.’ Following his time in the Army he discovered a new vocation after arranging his mother’s funeral and being offered a job at a local funeral home. He joined Tamworth Co-operative Society’s funeral service in 2005 as deputy general manager.

Mrs Galvin said: “I will come and sit on the bench because it is such a lovely reminder of Bill. He was a complete people person. He used to lead the funeral cortege with his cane, which I keep in the house. He was really graceful with it. I think it was because of his military background. Many people would ask for Bill to conduct their relatives’ funerals. He called me ‘My Gladys’ and meant everything to me.”

Bill Galvin walks ahead of a horse-drawn hearse with his trademark cane. Pictured alongside him is Amanda Woodward, general manager of Tamworth Co-operative Society’s funeral service.

Mr Galvin planned his own funeral and included several personal touches including a Scottish piper. His coffin was draped in the Union flag and inscribed with the emblems of his two favourite football clubs – Celtic and Aston Villa.