Hundreds flocked to St Editha’s Church to attend the service organised by the Tamworth Co-operative Society. 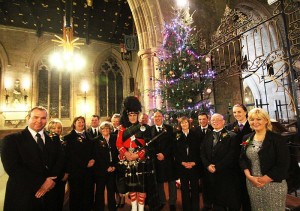 They were met at the door by Scottish piper Andy King and ended the evening enjoying complimentary mulled wine and mince pies.

In between they listened to poignant readings and poems by Tamworth Co-op staff and sang Chrismas carols. When the choir sang Silent Night, hundreds of candles were lit and raised in honour of the people being remembered. 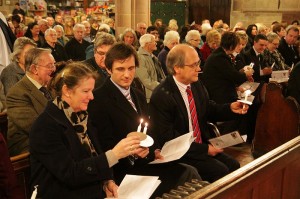 A collection taken during the service raised more than £500 with the proceeds being split between St Editha’s Church and St Giles Hospice at Whittington.

Tamworth Co-op chief executive Julian Coles gave the closing address and paid tribute to the hard work put in by the organisers of the event. He also thanked the congregation for turning up in such large numbers.