A local school is set to have some significant improvements made to its playgrounds, thanks to customers at Tamworth Co-op’s town centre supermarket.

Moorgate Primary Academy will be spending nearly £1,000 on creating a new outdoor environment which will include bedding plants in wooden boxes and a set of new benches to help pupils relax.

Headteacher Jonathan Williams says there will be a strong educational benefit for the children too as growing and planting are a big part of the science curriculum.

The money was raised by shoppers at the supermarket donating their dividends on purchases to the school. 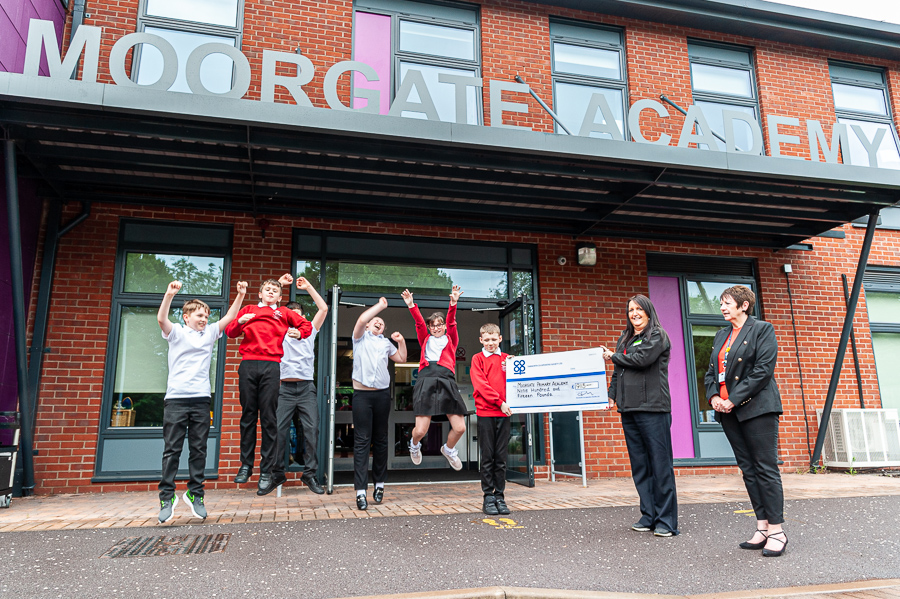 Julie Clark, manager of the Tamworth Co-op supermarket, is pictured with Val Swindell, office manager at Moorgate Primary Academy and several delighted pupils during the presentation of the cheque.

The cash was allocated from the Tamworth Co-operative Society’s Community Dividend Fund which has distributed more than £100,000 to worthy local causes over the past decade. Each of its food stores is partnered with a separate cause to support.

This year’s awards have all been to schools with the cheques being handed out earlier than usual as board members were aware of the pressure on school budgets caused by the pandemic.

Mr Williams described the fund as ‘amazing’ and said it was the second time Moorgate had benefited in recent times.

“Last year we bought the outdoor sinks for children to wash their hands more frequently throughout the day. It really supported us readying children coming back from lockdown and keeping them safe from Covid.

“This year, we wanted to ensure all our children were seeing the effect of the fund too by having the amazing new benches and boxes of plants which will help them with their science lessons.

“We are so grateful for all these efforts and will continue to use the money to impact as many pupils as possible.”

Moorgate School was established in 1892, with the original building still standing in Hospital Street. In 2014, it became part of Staffordshire University Academies Trust and moved into a new building in September 2015. There are currently 286 pupils aged between four and eleven at the academy.

Julie Clark, manager of the Tamworth Co-op supermarket, recently visited the school to present the cheque for £915.

She said: “It’s great that we have been able to support Moorgate again and the big improvements to the play area should not just benefit all the current pupils, but also many children for years to come. It’s a big positive in what has been a testing time for schools and for all of us too.”