The funeral takes place on Tuesday, December 11 of a former Tamworth mayor and alderman of the town who has died at the age of 87.

Derek Owen served on Tamworth Borough Council for 21 years, representing the Belgrave ward between 1980 and 2001. 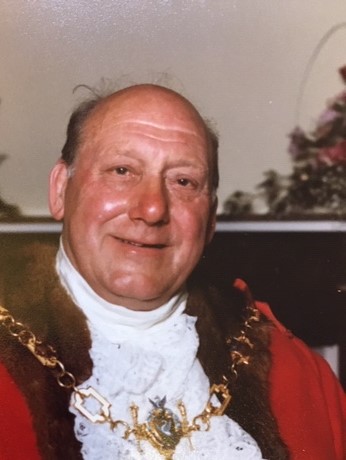 The Labour councillor followed in the footsteps of his great grandfather by being elected Mayor of Tamworth in 1992. His great grandfather, Job Castle Righton Owen, held the position in 1850 and Derek shared his two unusual middle names.

Derek was a grandfather and great grandfather himself. His two granddaughters, Lorraine and Samantha, have four boys and a girl, aged two to 10, between them.

In 2016, he was made an alderman of the town in recognition of his long service.

Born in Parson Street, Wilnecote, on May 8, 1931, he was a former pupil of Wilnecote School. He worked as a miner and steel erector before becoming a sales manager with Empire Table Waters, based in Clifford Street, Glascote.

The father-of-two also worked for Tamworth’s iconic car manufacturer Reliant but was eventually made redundant. He turned the situation into a positive by setting up a mobile fruit and vegetable business with his wife Joy, former Mayoress of Tamworth. The couple were soon joined by son Stephen who was made redundant at Reliant just six months after his father. Daughter Carole also entered the family business. Alongside the mobile operation, the Owen family ran a greengrocer’s in Hockley, moving to another shop in Amington 15 years later. 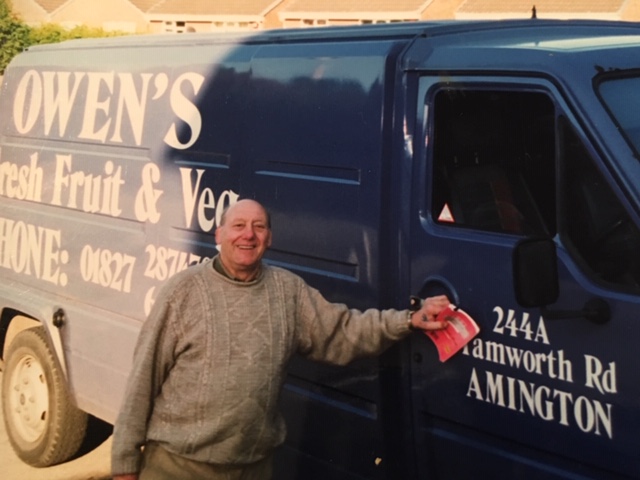 Derek loved being involved in the business and did not retire until he was 72. By coincidence his great grandfather, the mayor, also ran a grocer’s in Tamworth.

His wife Joy said her husband was a passionate advocate for Tamworth and the surrounding area.

“He was very proud to have been Mayor of Tamworth and an alderman of the town,” she said.

“He really stood up for what he believed in and would always fight his corner in the council chamber. At home he was a quiet person who loved going to Devon for holidays. We went there together and as a family for the best part of 60 years and have many wonderful memories.”

His passion for Devon meant the family rarely travelled overseas, but while mayor he visited Tamworth’s twin town of Bad Laasphe, accompanied by his daughter Carole.

“Derek dedicated much of his life to the local area and not just through being a dedicated local councillor,” added Joy. “He also served as standard and vice chairman of Wilnecote and Two Gates British Legion and was vice chairman of Tamworth Male Voice Choir.

Derek died in Good Hope Hospital on November 14, shortly after being taken ill at his home in Belgrave. Tamworth Co-op is arranging his funeral service which will take place at Sutton Crematorium at 11.30 am . The service will be followed by a reception at Tamworth’s Co-op’s catering suite at 35-37 The Mews in Upper Gungate. The family has requested family flowers only with donations to the British Heart Foundation.