The 5p charge for plastic shopping bags has resulted in a bonanza for local charities and schools as they share in a handout of around £26,000 from Tamworth Co-operative Society.

Sixteen organisations have been given grants of between £300 and £2,500 from the Society’s Cash in the Bag scheme in 2018. 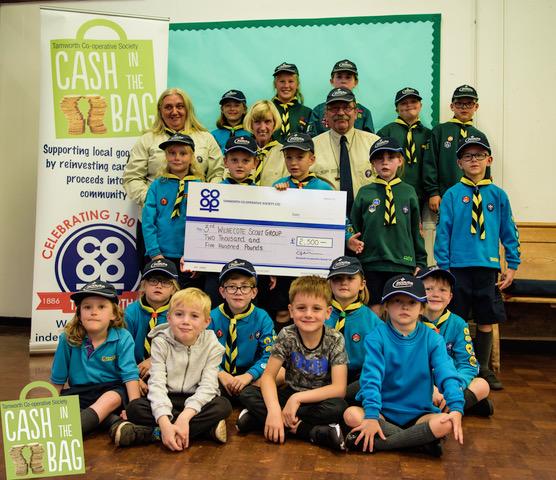 The money will be used for a variety of projects and services helping a wide cross-section of the community, including victims of domestic abuse, people with mental health or physical problems and parents of young children needing support.

Schools and social clubs for all ages are also among the beneficiaries, along with a church offering support for young people. 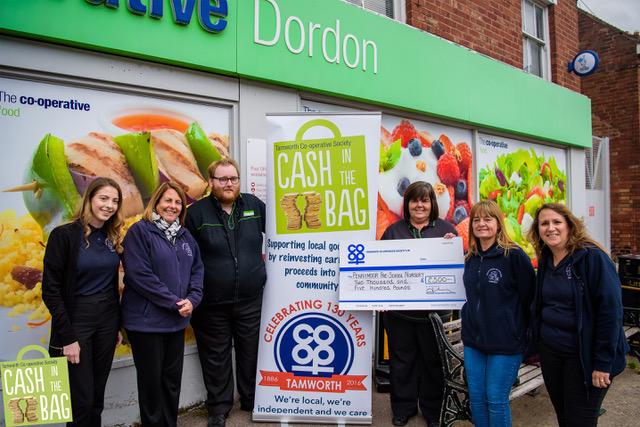 It will provide much needed extra funds for the schools and nursery. Two Rivers Primary will use its donation to erect a cabin housing a new outdoor classroom. Amington Primary will create a quad area where pupils can gather between classes and during lunchtime, while Pennymoor Nursery will spruce up its garden for youngsters to learn about plants and the environment. 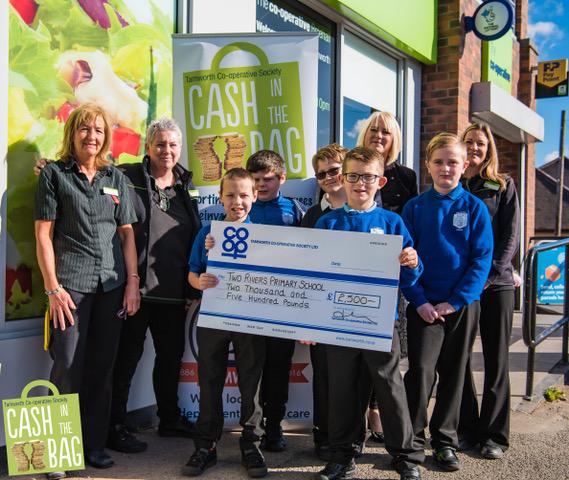 The money will also fund a minibus for Tamworth District Scouts, improved kitchen and toilets for the Wilnecote scouts, and extra facilities for Tamworth’s Parkinson’s support group.

Tamworth Co-op chief executive Julian Coles said its board members faced a difficult task in deciding who to give the funding from the Cash in the Bag scheme to in 2018.

“Unfortunately, we weren’t able to support all the organisations who applied to us for funding, but we have tried to spread the money raised by the levy on bags in our food stores as widely as possible to benefit all sections of the community.

“Combined with our Community Dividend Fund which allows shoppers to donate their dividends to a raft of excellent causes, we have given out nearly £36,000 this year to charities, schools, churches and clubs.

The 5p charge on disposable carrier bags was introduced in 2015 to reduce litter. Since then the number of plastic bags used has fallen by more than 80 per cent in England, amounting to over nine billion fewer bags being issued.

Pictured above are representatives from three of the organisations that received the biggest grant of £2,500 from the Cash in the Bag scheme: 3rd Wilnecote Scout Group, Pennymoor Pre-School Nursery and Two Rivers Primary School.