Customers at a Tamworth Co-op convenience store have raised more than £600 for a pre-school under a scheme which sees thousands of pounds handed out each year to good causes locally.

Shoppers at Dosthill Co-op donated the dividends earned on their purchases to provide much needed support for Dosthill Park Pre-School which is a registered charity. 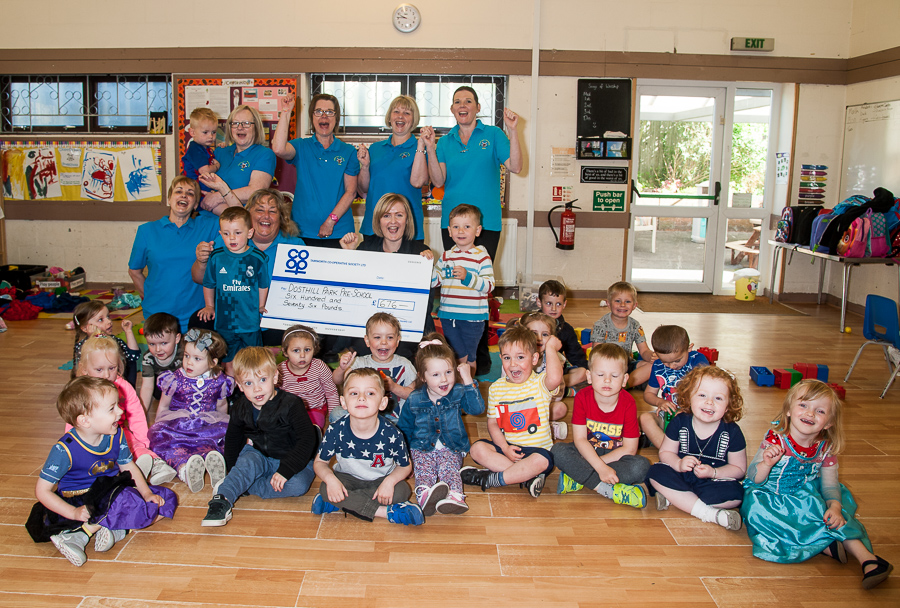 Vicky Freeman, manager of the store, said they were delighted to be able to help the pre-school as part of its Community Dividend Fund initiative.

“This year they raised a total of £676. We’re very pleased because this money will go directly back into the community to an organisation that plays an important role in preparing young children for school,” she said.

The cash will be spent on pots and pans for a new outdoor mud kitchen, as well as small log chairs and dressing up clothes.

Dosthill Park Pre-School supervisor Lesley Williams said: “We owe the Co-op and their customers a big thank you for their generosity. This will enable the children to make mud pies and generally have a messy time outside which is important for their creative development. They also get to enjoy lots of fresh air. One of the fathers is making the kitchen from recycled wood and we’ve already cleared the land.”

The pre-school, which celebrated its 30th anniversary in 2017, runs sessions from Mondays to Fridays during term-time for 43 children aged two to five. Pre-school practitioners help the youngsters get ready for nursery or primary school. They learn basic skills, and how to look after themselves and socialise. They also play with constructional toys and enjoy craft activities. A committee of volunteers, chaired by Amie Aldous, fundraises to cover the running costs.