Tamworth Co-operative Society’s funeral division has made national headlines by becoming one of the first four undertakers in Europe to offer people the chance to have the DNA of their relatives preserved forever. 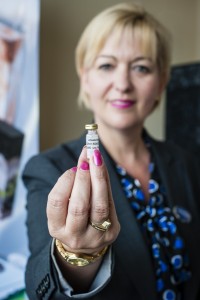 The ground-breaking service, which will be available this month could help to safeguard the health of families and future generations.

Customers of the funeral division will be able to request that DNA is taken from their relatives prior to cremation or burial to prevent it being lost forever. The Society is among the first four firms to launch the service in the UK.

Each piece of the genetic material contains priceless information which doctors are increasingly using to diagnose medical conditions and calculate inherited risks for children.

Senior managers believe it could prove to be one of the most exciting developments in the Tamworth Co-op’s 128-year history.

“A mind-boggling amount of information is contained in DNA which could prove of immense importance to people’s children, grandchildren and future generations,” said Amanda Woodward, general manager of Tamworth Co-op’s funeral division.

“Medical experts say it could help various conditions to be pinpointed at an early stage which could potentially save the NHS a fortune. It can also result in people taking preventative measures for their own wellbeing.”

She added: “I genuinely believe this could prove to be a matter of life and death. That is why we are incredibly proud that the Tamworth
Co-op is a forerunner in offering this.”

Simple mouth swabs will be taken by trained funeral staff at the Society’s bereavement advice centre in Colehill and at the main funeral offices in Upper Gungate.

Samples will then be sent to a specialist laboratory where the DNA will be sealed in a sterile vial. Samples do not need to be refrigerated and can be kept indefinitely at room temperature.

The initiative is the result of a link-up between the Tamworth Co-op and DNA Memorial, a business founded by a group of eminent Canadian scientists known for their pioneering work in preserving DNA. 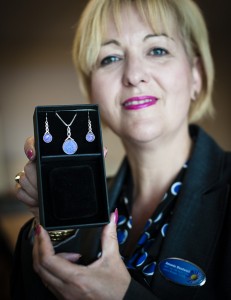 DNA contained in jewellery captures the essence of an individual and makes a unique and stunningly beautiful gift.

Simon Rothwell, DNA Memorial’s director responsible for Europe, says it has already been launched in Canada and the USA. He expects it to become ‘huge’ in the UK and across Europe.

“Medical experts and scientists have confirmed that gaining access to familial DNA greatly increases the understanding of many diseases from simple skin conditions to cancer,” said Mr Rothwell.

“Professor Nicholas James, director of the Cancer Research Unit at Warwick University and Professor of Clinical Oncology at Birmingham’s Queen Elizabeth Hospital, has gone on record to say that DNA information will provide critical opportunities for surviving relatives.

He says having access to one’s DNA heritage would greatly aid the understanding of many diseases such as prostate cancer.”

In addition to the medical benefits, DNA could also be an invaluable genealogical aid. It could even be used to prove or disprove biological relationships.

Individual vials of DNA presented in a velvet case cost £239. Samples can also be preserved in glass crystal ware and silver and gold jewellery. Prices start at £328 and include the DNA sample in a vial.

DNA information can help to: