Customers at Tamworth Co-op’s garage and MOT centre are going the extra mile to add to the coffers of a charity fund. 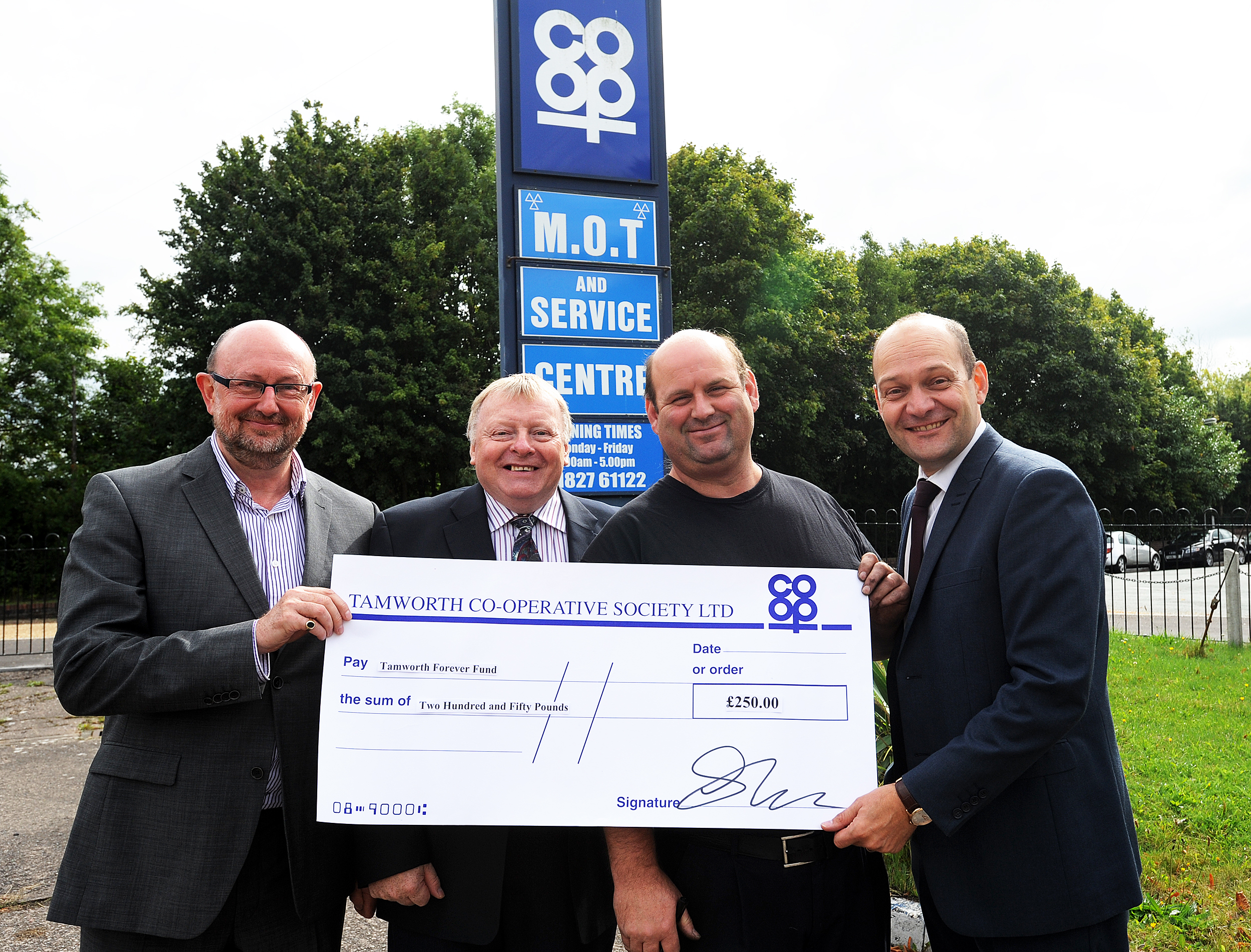 Last year they donated £250 to the Tamworth Forever Community Fund from the dividends earned each time they have their car serviced, repaired or MOT’d. Now they’ve matched that figure again.

The money will be added to a growing pot which is invested, with the interest then shared out annually among local community groups.

The fund was launched five years ago by a consortium of private and public sector organisations as a way of ensuring the work of good causes in the area is supported for years to come.

The partners include the Tamworth Herald, publicity and copywriting agency Enigma Communications, Tamworth Borough Council, Tamworth CVS and Staffordshire Community Foundation, which is responsible for investing the money.

The initial aim is to raise £500,000 to enable a minimum of £25,000 to be distributed every year to the town’s community and voluntary groups, including youth clubs, social groups for the elderly, amateur sports teams and dance troupes.

The money raised by the customers of the Tamworth Co-operative Society’s garage came from its Community Dividend Fund.

Gary Jackson, a mechanic and MOT tester at the garage in Bonehill Road, presented a cheque for the amount raised to Gary Phelps, editor of the Tamworth Herald, and Phil Shanahan, managing editor of Enigma Communications, watched by Ron Constable, general manager of Tamworth Co-op’s non- food division.

Mr Phelps said: “Community and voluntary groups really are the backbone of this town and we owe it to these volunteers to support their work financially, both now and in future.”

All money raised is placed in a Permanent Endowment Fund and invested in accordance with Charity Commission guidelines. For more information on how you, or your business, can help swell the forever fund, visit: http://staffsfoundation.org.uk/funds/communityfunds/tamworthforever