Tamworth Co-operative Society has contributed to the cost of repairs at a church where its
inspirational founder was once the curate. 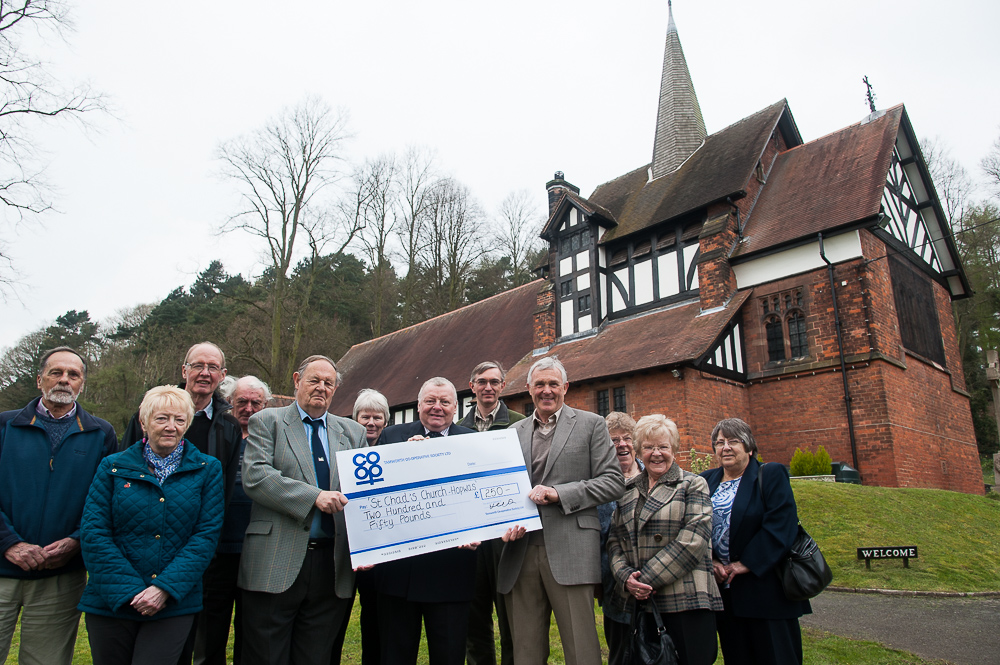 A cheque for £250 was handed over to members of St Chad’s Church in Hopwas to help preserve the fabric of the Grade II listed
building.

The money was raised as part of the Tamworth Co-op Community Dividend Fund which allows customers to donate their dividends to good causes.

In this case, generous shoppers at the Society’s department store in Tamworth voted to give their ‘divi’ to St Chad’s.

It was a gesture Reverend William MacGregor, the Society’s founding father, would undoubtedly have approved of as a renowned philanthropist.

He was a curate at the church for four years before his later appointment as Vicar of Tamworth, and is buried in the grounds.

“We have an inspection every five years and the one in 2013 highlighted a number of issues, mainly to do with the brickwork and plaster. We are also constructing a new memorial garden at the rear of the church, so all funds are extremely welcome.

“St Chad’s is a wonderful church dating back to 1881 – quite unique really – and of course has a close connection with William MacGregor.

“It’s become extremely popular for weddings with 17 already booked in this year. We’d like to thank the Tamworth Co-op and its customers for this donation – it’s a wonderful scheme.”

He said: “It’s a great pleasure to be able to hand over this money to maintain such a beautiful church with such a strong tie to our founder.”

The Community Dividend Fund distributes thousands of pounds every year in support of organisations on its doorstep.