Bosses at Tamworth Co-op’s funeral division have come to the aid of a family left devastated by a sickening attack on their lost loved one’s grave.Widower Brian Moore (66), of Milton Avenue, Leyfields posted an emotional video on social media after discovering vandals had trashed his wife’s cemetery plot in Glascote. The retired painter and taxi driver contacted the police immediately, and is desperate for the culprits to be brought to justice. 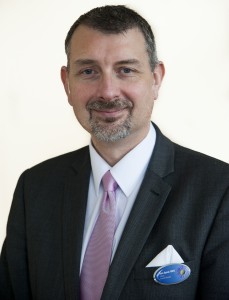 To shame the thugs, the spontaneously filmed the desecration and gave a heart-rending and tearful commentary.

The video, which has received more than 70,000 views on Facebook, has angered an entire community and resulted in messages of support flooding in for the family. A fund has also been set up to restore ‘Angela’s garden’ to its original condition.

Glen Speak, deputy general manager of Tamworth Co-op’s funeral division, was among many people greatly moved by the footage.

He said the Tamworth Co-op had carried out the funeral arrangements for Mrs Moore, and staff were extremely upset when they found out what had happened.

“This appalling act has greatly added to this family’s heartache when they have already suffered so much this year. This has made things far worse for them.”

Mr Speak revealed that Tamworth Co-op has now decided to offer the family a new headstone free of charge.

“The plight of the family has touched all our staff and we felt the need to do something positive for them. We realise it can’t completely make up for the trauma they have suffered, but we hope it goes some way in lessening their pain.”

Mrs Moore’s daughter Mina (37), of Spruce in Amington, said the telephone call from the Tamworth Co-op left her ‘speechless’.

“They were absolutely brilliant when mum died and even allowed me to spend my birthday with her the day before the funeral. The support they gave us all was amazing.

“This has helped to restore our faith in human nature – we’ve also had so many warm messages from people who have been horrified by what’s happened. My dad doesn’t know about the Tamworth Co-op’s kind gesture yet, but he will be made up just like I am. It’s overwhelming, but in a very good way.”

She added: “My dad went to the cemetery on his mobility scooter to spend time alone with mum and was met with a horrible sight.

“We go to her grave every day and I’m so sorry I wasn’t with him on Monday. He called me in such a state. Anybody who has seen the video can see how genuinely upset he was. 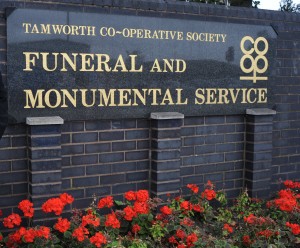 “I just don’t understand how the people who did this can live with themselves. If it happened to them, then they would understand the terrible effect that this has on people. It’s not just upset us, but also many people whose relatives are in the same cemetery. They don’t feel secure.”

Mrs Moore lost a leg as a 13-year-old after an accident with a coal lorry. Her second leg was amputated a few years later when gangrene set in.

Mina said her mother had overcome many other struggles in her life, especially after the death of her son, but never lost her smile.