Tamworth Co-operative Society has announced its best set of financial results for at least 25 years.

Although the latest figures compare a 53-week trading period with the previous year’s 52 weeks, the 31.8 per cent increase still points to a remarkable upturn.

The year under review has also proved to be financially rewarding for the Society’s members. Tamworth Co-op celebrated its 130th anniversary in 2016, prompting the board to announce a special bonus dividend of one per cent on qualifying purchases. The regular dividend was maintained at two per cent, so overall it means a handsome three per cent ‘divi’ for thousands of loyal shoppers. However, directors stress the 50 per cent increase is a ‘one-off bonus.’ 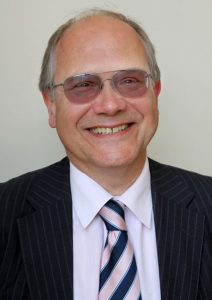 Chief Executive Julian Coles says that while the food division was mainly responsible for the sharp rise, all the Society’s trading areas performed better, making it an ‘all round success story.’

“We are delighted – but not complacent – about this highly encouraging set of results,” said Mr Coles.

“This annual financial review is the first to take account of a full year’s trading at our new food locations in Glascote and Dosthill. We invested heavily in both the new stores, so it is heartening to know that they have proved as popular with local people as we had hoped.

“Our funeral division had another strong year and even our department store contributed to the surplus in spite of a most testing trading environment.”

A 17 per cent rise in the Society’s property income added £80,000 to the coffers, with a further £112,000 coming in the form of a trade bonus from the Co-op’s food buying group. The latter, however, was related to the previous year’s buying activities.

Taking into account factors such as dividend payments, the retained surplus figure after tax has increased from £419,000 to £632,000.

“There is no doubt that everything came together during the period under review to complete a remarkable trading year,” said Mr Coles.

“However, because of the strength of these results from all our trading divisions, it will be very difficult to match these numbers in future years.

“I would like to put on record my thanks to all our staff for their tremendous efforts. I would also like to thank our loyal customers and members who are the key to our success and enjoy a share in it. We are determined to keep their interests to the fore of every decision we make.”

The two biggest developments during the financial period were the extensive refurbishments of the Wood End convenience store and Coseley funeral branch. In contrast, the Society decided to close its garage and MOT centre which had sustained losses in recent years ‘despite the valiant efforts of the staff.’ The Society is currently taking advice regarding the future of the site.

“While this is certainly a blow, it does not detract from the overall, very positive picture the latest report paints,” said Mr Coles.

“Changes in accounting standards make it difficult to compare results with different years, but we believe this is the strongest set of financial results, excluding exceptional items, for at least 25 years.

“The Tamworth Co-operative Society is in good shape and is continuing to play a robust role in the heart of the town. During the financial period we gifted more than £30,000 to a string of excellent community organisations. Fourteen groups benefited from our popular Community Dividend Fund, with four more organisations receiving £5,000 each from our new Cash in the Bag initiative. The latter was funded by the government’s imposed levy on carrier bags.

Mr Coles added: “In addition to investing in the areas we trade in, we will continue to offer meaningful support to our local communities, just as we have done for the past 130 years.”