Tamworth Co-operative Society’s latest financial results are stronger than its board of directors had anticipated. The report was finalised on March 17, 2020, prior to the full effects of the coronavirus pandemic being experienced.

While the Society had budgeted for a small drop in its trading surplus, the figure of £940,000 was actually ahead of the previous year by £14,000 or 1.5 per cent. The figures included the impact of the National Living Wage and the cost of expensive property repairs, including a new roof over the funeral vehicle garage. 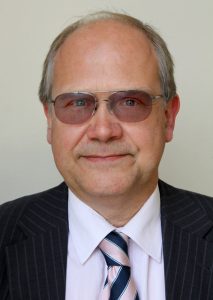 “In general, the figures for the financial year ending on January 25, 2020 show that the Society is in sound financial health,” said Mr Coles.

“The results were ahead of our budget and point to us also having assets totalling £13m. That’s all positive news to report. In addition, the food division recorded an overall increase in trading surplus against the previous year.”

Looking back on the period under review, he said that the rolling programme of improvements to outlying food locations had continued, with the Rosliston convenience store the latest to benefit from a major facelift.

However, the headline development of the year was undoubtedly the new purpose-built Dordon store which is nearing completion on the site of the former ‘Cuckoos Rest.’

It will shortly be undergoing a full internal fit out and is expected to open in the summer. The existing store will then close with the site being designated for a housing development.

Mr Coles said the funeral division remains a ‘robust part of the Society’s operation,’ despite carrying out fewer funerals than in the previous financial period.

“That is in line with mortality statistics for the West Midlands.”

Of most concern, Mr Coles added, was town centre trading.

“The former department store continued to record losses and there was also a decline in sales at our supermarket in Church Street.”

He also sounded a note of caution in relation to pension fund liability.

“During the year that liability increased to £7.5m as against £6.6m previously, meaning that the balance sheet itself has reduced slightly. This relates to the final salary scheme which closed to future accrual in 2009. During the year we have paid £375,000 into the scheme, as well as covering the running expenses.”

It was an excellent year in terms of supporting the local community. Tamworth Co-op’s Community Dividend Fund, now in its eleventh year, handed out an average payment of £769 to 13 worthy groups. This was in addition to the Society donating £5,000 from its Cash in the Bag scheme to Tamworth’s night shelter for homeless people.

Tamworth Co-op also embarked on a new initiative to redistribute food that would otherwise have gone to waste through the FareShare charity.

Looking to the future, Mr Coles said that even before the pandemic the board had predicted a lower level of trading profit in the next financial year. As well as difficult town centre trading conditions, the National Living Wage increased by 6.2 per cent in April.

“The world has changed very significantly since the latest financial report was signed off. For a start we have had to temporarily close our fashion store in line with the government’s coronavirus guidelines.”

The food and funeral divisions have already been affected by the pandemic.

“We are trying to support families with very limited funeral arrangements being possible at this time. It has also been an incredibly difficult period for our highly dedicated and compassionate funeral staff.

“In terms of our food division, food sales have been at much higher than anticipated levels since the end of March, but we have had extra staffing costs. We are now in the process of processing additional reward payments for employees who have been working so incredibly hard at all our locations. I do want to thank all of our staff for the exemplary way that they have responded to the exceptional demands arising from the international pandemic crisis.”

The Society entered the pandemic with cash reserves and it is hoped this will enable the operation to weather the storm a little better than many other businesses.