Tamworth Co-operative Society has taken delivery of its most unusual vehicle in its 129-year history. The scaled-down version of a motorcycle and sidecar hearse is now on display in the Co-op’s Bereavement Advice Centre, next to the department store in Colehill. 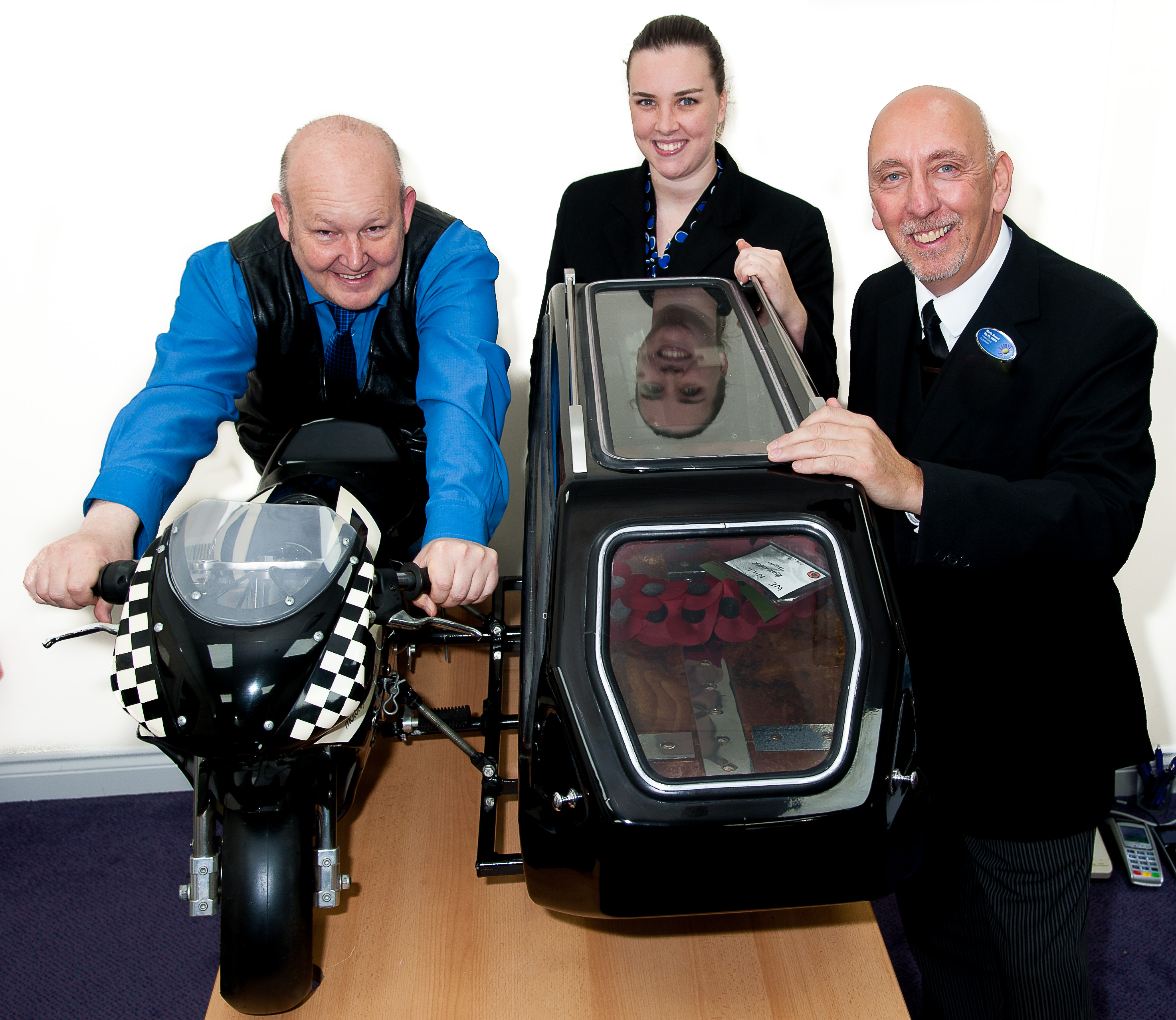 The beautifully constructed model was made by Measham-based Motorcycle Funerals Ltd and is the first of its type to be built in the world.

Rev Paul Sinclair, owner of Motorcycle Funerals, is a familiar face at Coton Green Evangelical Church. He has taken many services at the church in the past and still gives courses there on preaching and public speaking.

He was previously a full-time vicar in the London area, until a serious crash changed the course of his life.

During his long recovery Rev Sinclair was struck with the thought that his final journey in life could have been in a four-wheel vehicle rather than on a motorcycle, one of his biggest passions in life.

He decided to set up a business specialising in motorcycle hearses and sidecars to give other enthusiasts the chance to be taken to their funerals in a way that mirrored their lifestyles.

Rev Sinclair, who has been featured several times in the national press, says it’s important that Tamworth people realise they have options when thinking about their own funerals.

“The model will show people in the Tamworth area that it is possible to have a hearse which has not just been adapted but is the real deal – a proper motorcycle with sidecar,” he said.

“It’s not just about families finding an apt way to personalise the funeral of someone who was passionate about motorbikes, it’s also about enthusiasts being aware of the options they have when the time comes. That can be very important to people. Nobody would put an Everton fan in a Liverpool strip when they die, so why should a motorcycle enthusiast be last seen in a car?”

Motorcycle Funerals Limited has attended the funerals of enthusiasts the length and breadth of the British Isles. Rev Sinclair has provided the transport for many colourful individuals including three Spitfire pilots and the last surviving despatch rider during the Coventry blitz.

Amanda Woodward, general manager of Tamworth Co-op’s funeral division, said the original intention was to have the model on loan.

“We liked it so much we have now decided to buy it and keep it on display for local people to see.

“It is a fine example of how personalised funerals can be today. We can virtually organise anything. Even if somebody requests a fire engine or a camper van as a hearse, we can do it. Many people still request traditional funerals, of course, but personalised funerals are becoming more popular and can really reflect the individual character of a person.”