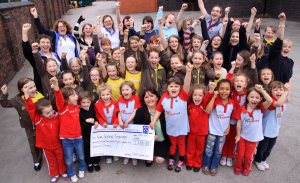 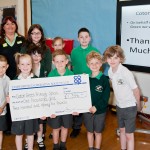 Hundreds of pupils cheer the Tamworth Co-op at assembly

More than 300 Tamworth pupils enjoyed a surprise announcement during their morning assembly. Richard Osborn, head teacher of Coton Green Primary School, told the delighted youngsters that he had received a cheque for nearly £1,300 from the Tamworth Co-op. To loud cheers he then revealed that the school council had decided the money should be spent on colourful board games for the play area. They include word puzzles and even a penalty shoot-out.
Read more... 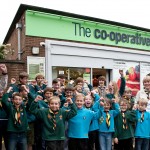 Polesworth Abbey Scout Group has taken a major step closer to having a purpose-built home, thanks to the Tamworth Co-operative Society. The 24 beavers, 36 cubs and 35 scouts found themselves homeless when the land housing their old scout hut was sold for development. In recent times they have been forced to meet at temporary venues including Nethersole Primary Academy.
Read more... 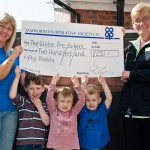 A Burton pre school is to enjoy a playground makeover thanks to a donation from the Tamworth Co-op’s Community Dividend Fund. Shoppers at the Stanton Co-op convenience store donated the dividends they earned on their purchases to the Glebe Pre School a mile or so down the road.
Read more... 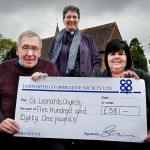 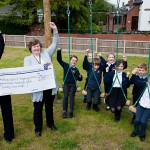 Pupils at a South Derbyshire school are to get an adventure polytunnel in their playground, thanks to a near £1,000 cash injection from their local Tamworth Co-op convenience store. Liz Greenwood, head teacher at Rosliston C E Primary School, says she was extremely surprised when she discovered just how much the school would be receiving from the Tamworth Co-op’s Community Dividend Fund.
Read more...
‹ Previous 1 … 17 18 19 20 21 … 23 Next ›