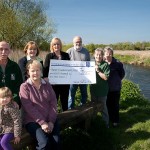 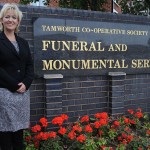 The general manager of Tamworth Co-op 's funeral division says the recent 'Dying Matters Awareness Week' served as a timely reminder for people of all ages to plan their own funerals. Amanda Woodward, who heads up a 35-strong funeral team, believes 90 per cent of local people die without having discussed, never mind planned, their final goodbye.
Read more... 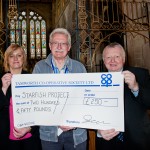 An important Christian charity which reaches out to the most vulnerable people in the area has received cash from the Tamworth Co-op. The Starfish Project was set up eight years ago as an initiative of Tamworth Covenanting Churches. In addition to operating a café in the crypt of St Editha’s Church, the project runs drop-in centres at St Andrew’s Methodist Church in Leyfields, St Martin’s Church in Stonydelph and the Sacred Heart Church in Glascote Heath.
Read more... 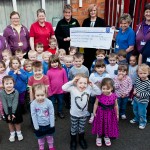 Tots at a pre-school established more than 40 years ago are in line for some exciting new play equipment, thanks to the Tamworth Co-operative Society. The group has been awarded nearly £300 from the Tamworth Co-op’s Community Dividend Fund.
Read more... 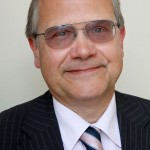 ‘Negative national press reports have nothing to do with us’

Tamworth Co-operative Society is reassuring its customers and members that it is a separate business to the beleaguered Co-op Bank which has been attracting negative headlines. Chief Executive Julian Coles says the Tamworth Co-op is in good financial shape and should not be tarred with the same brush.
Read more...

The Mayor of Tamworth, Cllr John Garner, has officially opened a new flagship support centre catering for the needs of disabled people in the heart of Tamworth. The Mobility and Lifestyle store, which has been situated in the Tamworth Co-op department store for the past four years, now occupies a far bigger single level unit on the ground floor.
Read more... 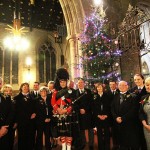 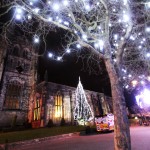 Families are being given the chance to pay a moving tribute to their lost loved ones at a popular Christmas service in Tamworth. The special service at St Editha’s Church on December 13, 7pm, is aimed at bringing comfort and solace over the festive period to people who have lost relatives or friends.
Read more...
« First ‹ Previous 1 13 21 22 23 24 25 26 Next › Last »